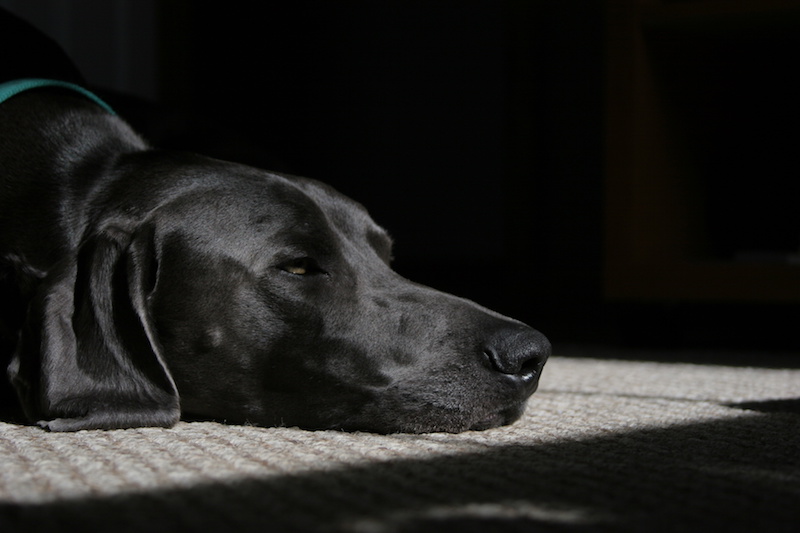 Since you are reading this article, it will come as no surprise to you that dogs don’t always get along with each other, despite the fact that canis lupis familaris (domestic dog) is a social species. Heck, we humans are a social species too, and you know how that works out! Sometimes, dogs will simply have an argument. These end quickly and the dogs get back to normal. But, when tensions between dogs leads to chronic interdog aggression, something needs to be done.

You may be surprised to learn that most interdog aggression is a symptom of stress. With the very rare exception of idiopathic aggression (at one time called Rage Syndrome), aggression is the result of a stress load that pushes a dog over his bite threshold. Too often, dog on dog aggression is viewed as a dominance issue, with one dog attempting to take control – this concept is based on outdated wolf studies that have long since been disproven.

So, to resolve aggression between your dogs, you’ll want to identify not only the immediate trigger for the aggression – fighting over you or a bone, for example – but also everything in your dogs’ life that may be stressful to them.

It’s often relatively easy to identify the immediate trigger for your dogs’ mutual aggression. It is usually whatever happened just before the appearance of the hard stare, posturing, growls and sometimes the actual fight. But it is important to be sure, so you can manage things to prevent the dogs from having a reason to throw down into a fight, until you get a handle on the stressors and put some training in to place.

You may benefit from some professional assistance if your dogs are fighting. When I am called to help with interdog aggression cases, I always start by identifying the stressors and the triggers. Then eliminating the stressors and training around the triggers. Sometimes, muzzles are warranted. If not for the dogs, but because the humans must be able to relax. Your tension and anticipation of a fight can easily contribute to the problem.

IMPORTANT! Muzzles are a temporary management tool and cannot take the place of training.

The first exercise I teach all dogs is to go to a place or bed station upon command and stay there for 30 minutes once every day. If your dogs will stay put for 30 minutes while waiting for you to give them permission to get up, it shifts their focus from each other to YOU! That alone, will go a long way to reducing stress and setting boundaries. If your dogs are not accustomed to structure and are not in the habit of listening to you, this exercise can take a while to master.

The second important exercise for all dogs that are prone to fighting, is to master polite doorway greetings. This is critical.. Will your dogs listen to you when visitors arrive or do they jostle for attention?

In the meantime, there are things you can begin immediately:

Can fighting dogs learn to get along?

Usually. But, there are situations in which two dogs simply will not get along. I call that a personality conflict. I worked with a pair of dogs one time. A Great Dane and Labrador mix. The Dane arrived as a puppy and, initially, both dogs got along. But, when the Dane got bigger and towered over the Lab mix, the older guy decided he didn’t like the Dane anymore. The Dane tried to play and the older dog was simply overwhelmed with the size difference, so he went on the attack. The Dane was tired of getting picked on and the fights escalated. No matter what we tried and did, the Lab was not going to ever be happy being over-shadowed by the younger dog. They found another home for the Great Dane and everyone lived happily ever after.

If there are children in the home, or children that visit you must realistically assess your situation! Humans can inadvertently get in the middle of fighting dogs. Moving forward with a training program will depend on the severity of the fights and your ability to micromanage the situation to keep everybody safe.

When in doubt, hire a professional! I am available to help!